The Roadblocks to a Growth Mindset

The Roadblocks to a Growth Mindset

I recently stumbled across an amazing video, “Growth Mindset Animation.” The video compares a growth mindset and fixed mindset to the story of the tortoise and the hare. It defines a fixed mindset as the belief that your abilities and talents are ingrained traits. Someone with a fixed mindset may simply believe that they are just good at some things, and not other things. It is true that we all may find some things easier than others. But does that mean we shouldn’t try to do things that are challenging to us?

A student with a fixed mindset may, for example, love English class but find Math very challenging. “I’m just not good at Math,” they’ll assume, and think it’s pointless to try, never taking any more advanced Math courses. On the other hand, they may think, “I love English class. I feel like I don’t even have to try very hard because I always get good grades on my assignments.” They believe that these are fixed traits, just a part of who they are. They may never challenge themselves because they’re afraid they won’t succeed. But both attitudes are roadblocks to having a growth mindset. Why?

The hare has a fixed mindset. He assumes that because he is naturally faster than the tortoise, he will win the race. It looks like a sure win for him, but as we know, his overconfidence is his downfall.

A student with a fixed mindset might appear more confident, more successful initially. They know what they’re good at, and they are confident about that skill. It’s a good thing to be confident about your abilities. And we may have a natural aptitude for certain things that make those things easier for us. But what is the danger? Here is a quote from the video:

“The moment we believe that success is determined by an ingrained level of ability, we will brittle in the face of adversity.”

Believing that you succeed because of natural talent makes you feel comfortable about that talent. But when you’re too comfortable, you can become complacent. The hare felt so sure of his success that he stopped to take a nap. He underestimated his competition, and he wasn’t challenging himself. That’s the first pitfall of a fixed mindset, and it’s likely something many of us are guilty of. It’s hard to push yourself past your comfort zone. It’s unpleasant, especially because you might…fail. That brings us to the next pitfall of the fixed mindset.

Someone with a fixed mindset fears failure. They are afraid to try the things that are new, or challenging to them. They might be good at something, but afraid to advance because they fear failing. So, their learning stops. They may simply find their comfort zone and never excel, never grow.

Often, as we strive to reach a goal, we fail again and again, and that can be discouraging. But each time we fail, we are learning. We figure out what doesn’t work, and we try something else. When we keep doing this, eventually we’ll figure out what does work. One of my favorite quotes about failure comes form Thomas Edison,

It can be hard, especially in a school setting, not to fear failure. It’s frustrating when you feel like you’ll just never understand. But that’s when you need to keep going. This is where the growth mindset comes in.

Lets get back to the tortoise and the hare. The tortoise, unlike the hare, kept working hard. It may have been at a slower pace, but he won in the end. He could have reasoned, “I have no chance of winning this. I’m a tortoise after all!” but instead, he persevered. He wasn’t held back by belief that his abilities were fixed. He wasn’t afraid of failure. And as a result, he succeeded, and his skills grew.

Our brains work in the same way. Especially when we’re young, our brain has incredible potential for growth and learning. The brain physically changes as we learn new things, forming new pathways, growing and growing.

For some, this may be an entirely new way of thinking. But if we remind ourselves, our children, our students, that just because something is hard doesn’t mean it’s just “not our strong suit”, the potential for growth is almost limitless. 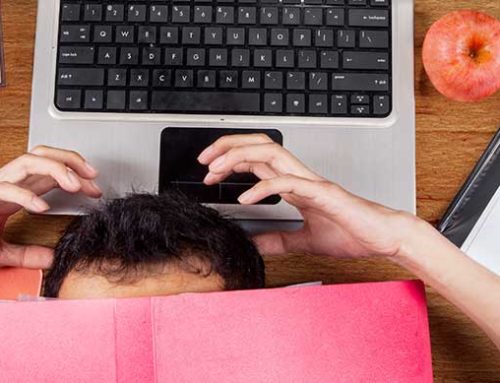 How Can You Avoid Frustrating Your Students?