Competency-based education focuses on student learning and mastery of skills, not seat time. Many schools have begun to, or have already shifted to this type of model.

Students can benefit from competency-based education because it’s more flexible, and ensures that they really learn a concept. It’s not based on a traditional model where students are required to meet certain seat time requirements and are graded based on a percentage scale. In competency-based education, students don’t move on until they’ve mastered what they’re learning.

For our next two podcast episodes, we will be featuring conversations with competency experts Brian Stack and Jonathan Vander Els. In this weeks episode they talk about what competency-based education really is, how it affects grading practices, and how to overcome hurdles to implementing it. In the next episode, they will discuss how they have been able to meet student needs within this model.

Check out the full episode below! Find the ‘Reimagining Time podcast on Apple Podcasts, Spotify, Pandora and more. See the full listings here.

Read on below for some episode highlights.

ASHLEY: Let’s pause there for a quick recap. So competency-based learning requires students to reach competencies, these big ideas in learning, such as becoming an independent reader. That’s why you want students to learn what you’re teaching — you want them to become independent readers. But to get there, they need to meet standards, such as being able to read a passage accurately out loud. That’s the what, the specific skill they need to learn. To get there, they have learning progressions. Maybe they start reading with a partner, maybe just a few words at a time. As Jon puts it, it’s like learning how to ride a bike.

JON: So there are steps, there are progressions to being able to ride safely by yourself. And it starts out by having those supports that are necessary for you to be successful and pedal and steer, and training wheels are very often the first step of that, that’s the first step of support. And of course, you have someone with you supporting you as well, there’s an adult there, so mom or dad who’s kind of holding on to that child when those training wheels are eventually taken off. Then eventually, we have to let go. We have to let the learner demonstrate that for him or herself. So, this is an example of learning progressions that can be applied into the educational community specific to competencies so to get to that level of transfer there are going to be building blocks and a progression of learning that builds as a learner moves throughout that progression.

ASHLEY: Just like riding a bike, learning progressions are essential to mastery of a skill. And they allow teachers and students to know exactly where they’re at in their learning. But how do you quantify this kind of learning? If learning isn’t based on seat time, how do you measure it? Can you use traditional number grades to express student mastery? What do traditional grades really express about how we value students? Brian dives right in.

BRIAN: So then you start thinking about your grading practices. And when you have a very traditional model, you know, grades were a way to kind of sort students, rank students, compare students to other students. Ultimately, try to help determine whether or not a student has passed a course, what they’ve learned. But if you think about our grading practices as they exist in a traditional model, you really have a hard time quantifying what they’ve learned when you have a number tied to it. Like let’s say you get an A in a class. 90 percent. That’s an A in a lot of different schools. What does that 90 represent? Does that 90 represent that you get things right 9 out of 10 times? Does the 90 represent that you’re really an advanced learner? You see there’s a big change here. 90 represents that you get it right 90 percent of the time. And in our traditional model what we’re saying is, that’s really good. We’re gonna call that an A, when you can do something 90 percent of the time.

ASHLEY: Traditional grading practices are now being highlighted as a barrier to equity in schools. As Brian pointed out, attaching numbers to a student’s level of learning may say more about how they are sorted and compared with other students than how well they have learned something. In competency ed, which is again based on student mastery, there is no room for percentages of learning. A different kind of assessment used. And as Brian explains, shifting this ideology is not an easy task.

BRIAN: To tell you what kinds of things you look at, a hundred point scale versus a rubric scale, competency-based uses a rubric scale. Whether to allow or not allow reassessments. Reassessments are a big part of a competency-based model. Whether or not to separate academic behaviors like participation and effort, from the academic grades, that’s a very important part of the model. There are lots of very important pieces to this. So as you dive deeper into this work you really have to look at what these grading practices are going to be because I will tell you of any school looking to make the conversion to competency ed, especially at the secondary level, this is where you’ll have some of your most complicated conversations, cause this gets to the meat of where philosophy meets tradition, and the two no longer match when you’re moving forward with a competency-based model.

JON: And just to kind of add to that piece, in a competency model it’s about students and student learning. And the traditional practices that we’ve had around grading have really been about, as Brian mentioned earlier, the accumulation of points.

Time for Change: Building Buy In 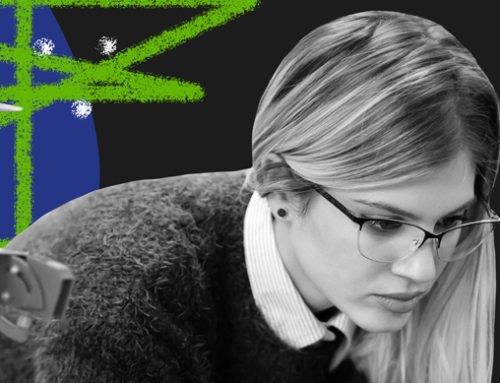 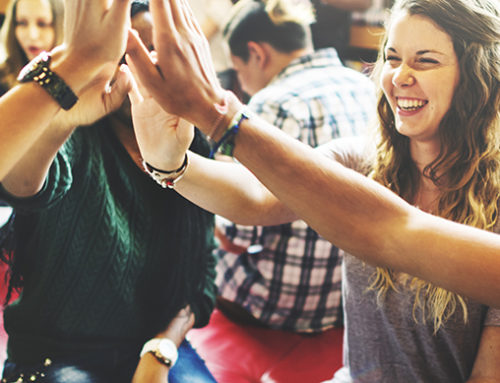